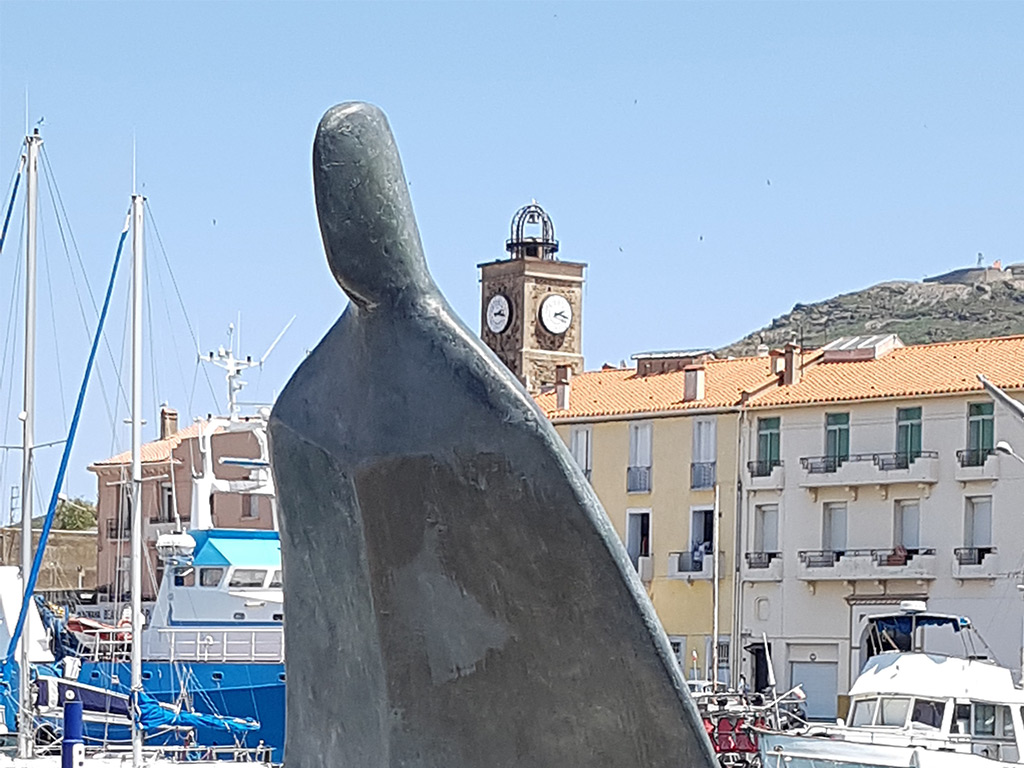 Le Voyageur by Pierre Content is a sculpture erected in Port-Vendres, on the border with Spain, in 2006 to commemorate the arrival of thousands of 'voyageurs' from North Africa, often arriving with only a suitcase in each hand.

This statue emphasises the moment when thousands of European settlers from North Africa arrived on metropolitan French soil, often disembarking boats to southern ports, particularly evoking the image of the 1962 exode from Algeria. Here, this moment in history is depicted through the individualised and solitary condition of arrival, rather than the through a collective experience of displacement. Indeed, the figure of the pied-noir seems to be abstracted from its historical specificity in this statue, universalised to convey the experience of travel and displacement more generally - being titled le voyageur rather than rapatrié or migrant for example. 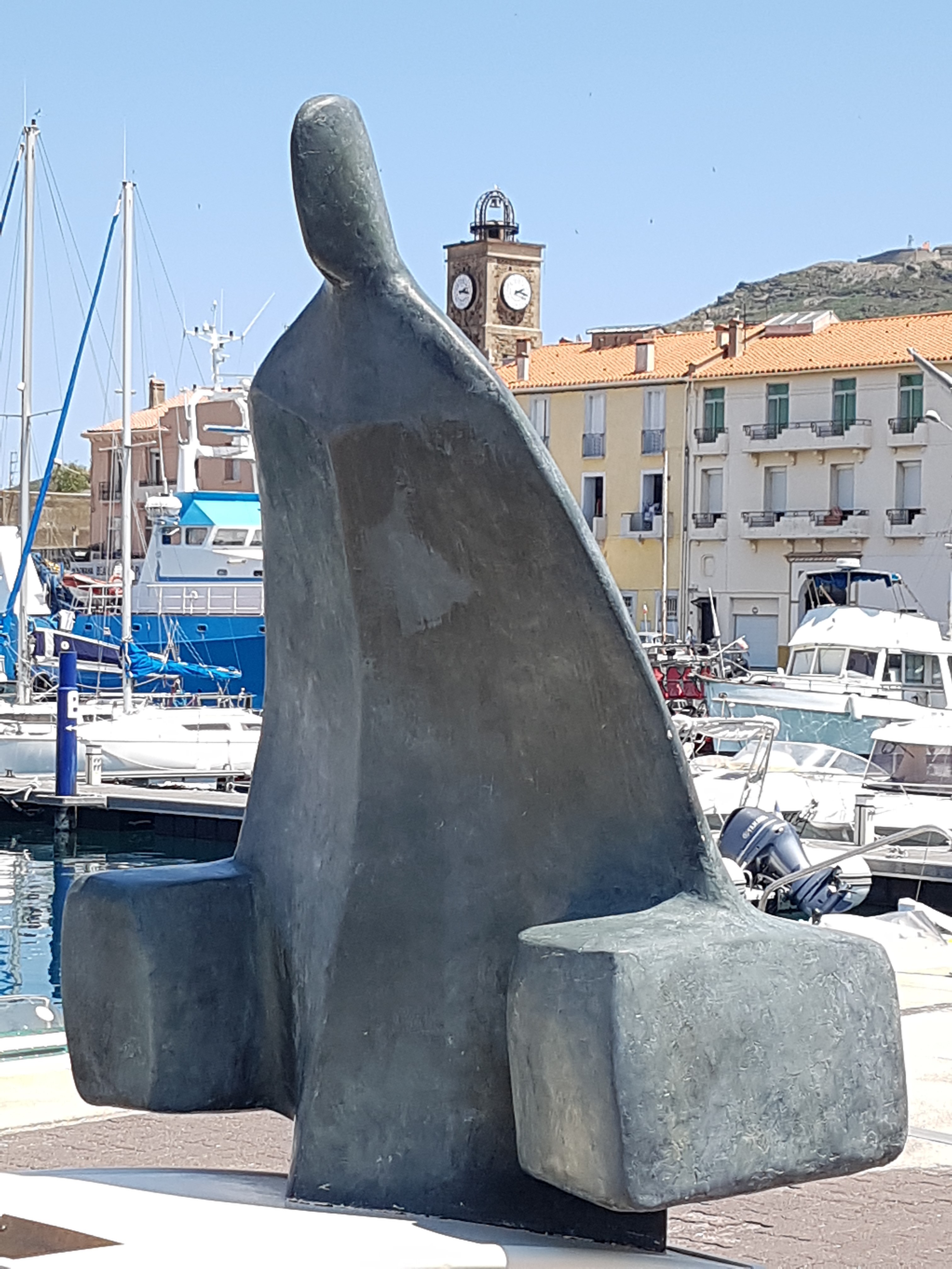