In central Paris, on the banks of the Seine is Gérard Collin-Thiébaut's National Memorial to the Algerian War and Conflicts in Morocco and Tunisia. Parisians and passing tourists on their way to the Eiffel Tower and the Branly Museum may pause to take note of three 6-metre tall columns with digital screens that display a roll-call of names in the blue, white, and red of the French tricolore.

The first column records the names of 23,000 soldiers, including Algerian 'harkis', who died during the conflicts.

The second column recognises the deaths of individuals as a result of violence following the 19 March 1962 ceasefire. As of 26 March 2010, this included the names of French settlers who died during the 'Rue D'Isly' massacre in Algiers on the 26 March. This is a particularly controversial and contested memory in narratives of France's colonial past, so its addition to the monument is significant.

The final column is an interactive screen allowing visitors to display a particular name from the list.

Inaugurated in 2002 by President Jacques Chirac, the memorial was completed only a few years after the French state officially recognised the conflict of 1954-62 as a war. 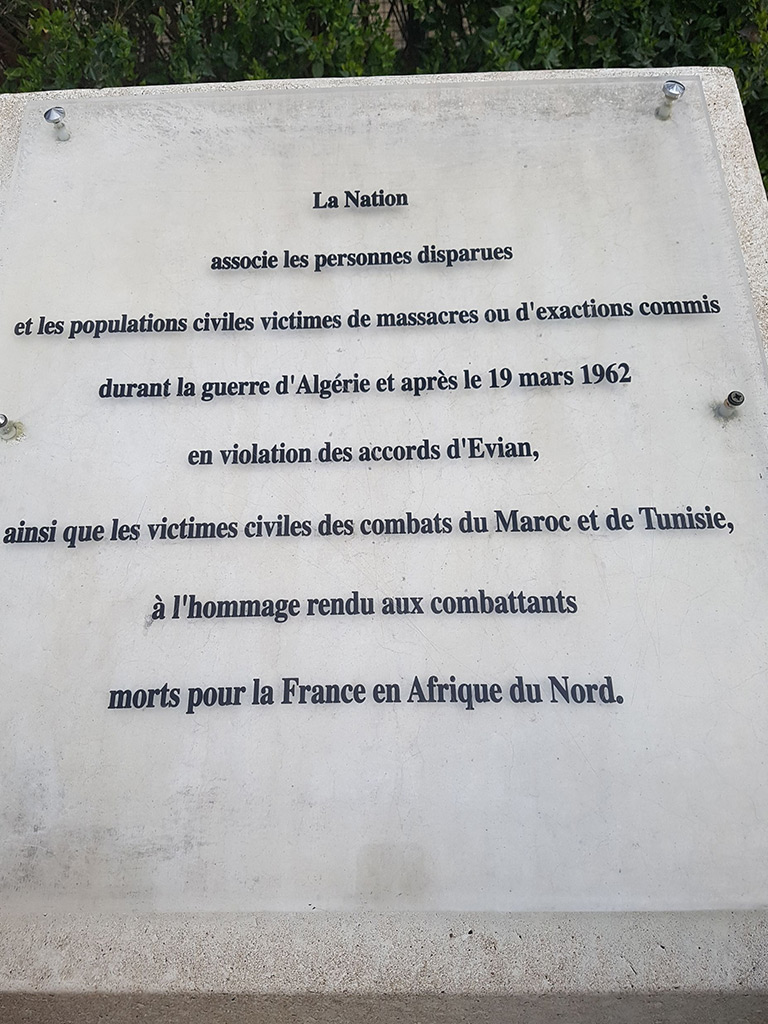 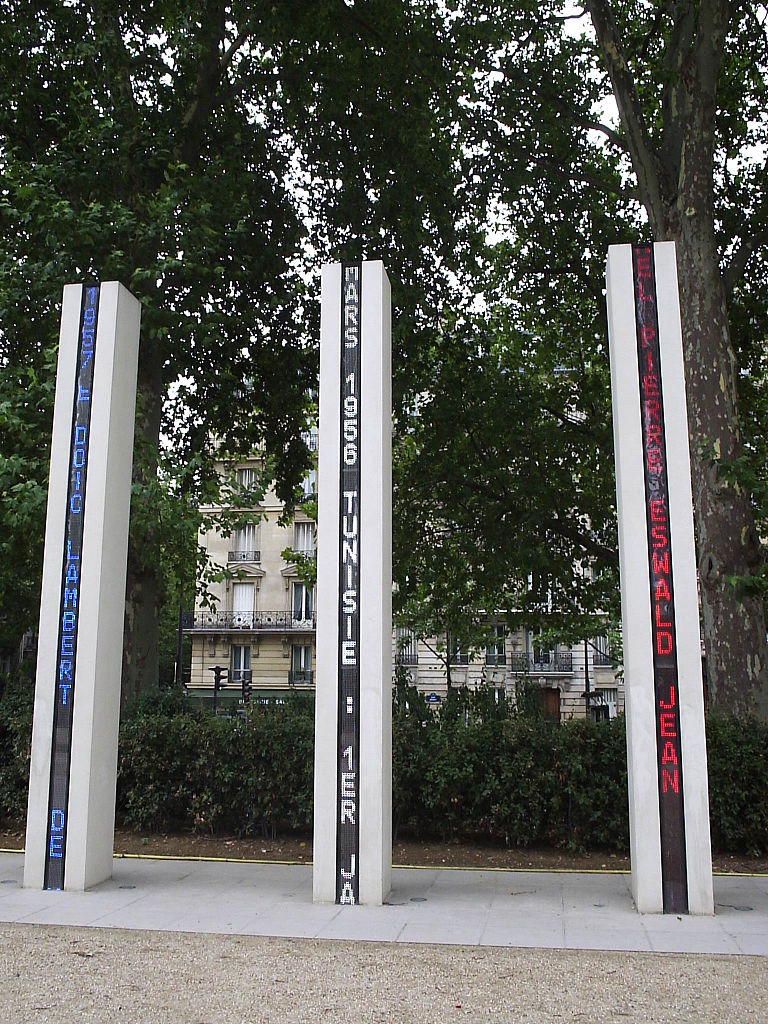