On 4 June 1958, wearing army uniform, Charles de Gaulle delivered a speech to a crowd in Algiers in which he famously proclaimed ‘Je vous ai compris’ [I understood you’]. With this ambivalent declaration, he sought to reassure everyone in the crowd. The ‘vous’ ostensibly referring to settlers, Algerians, and the military alike.

This pronouncement left a resounding echo in the memory of De Gaulle’s role in the end of the Algerian War. It has since been reiterated by Emmanuel Macron in his own engagement with the memory of French colonialism.

This is the sleeve jacket for a recording of another speech given by de Gaulle. On 20 December 1960, the French President announced a referendum on Algerian independence, at the same time asking listeners to vote 'Yes for France, Yes for Algeria'.

This record was on display at this project’s exhibit on French Algeria in the Pathfoot Gallery, Stirling. It was kindly donated by Yamina Sadek-Kirk, French teacher at Kirkintilloch High School whose family brought it with them from Algeria to France. 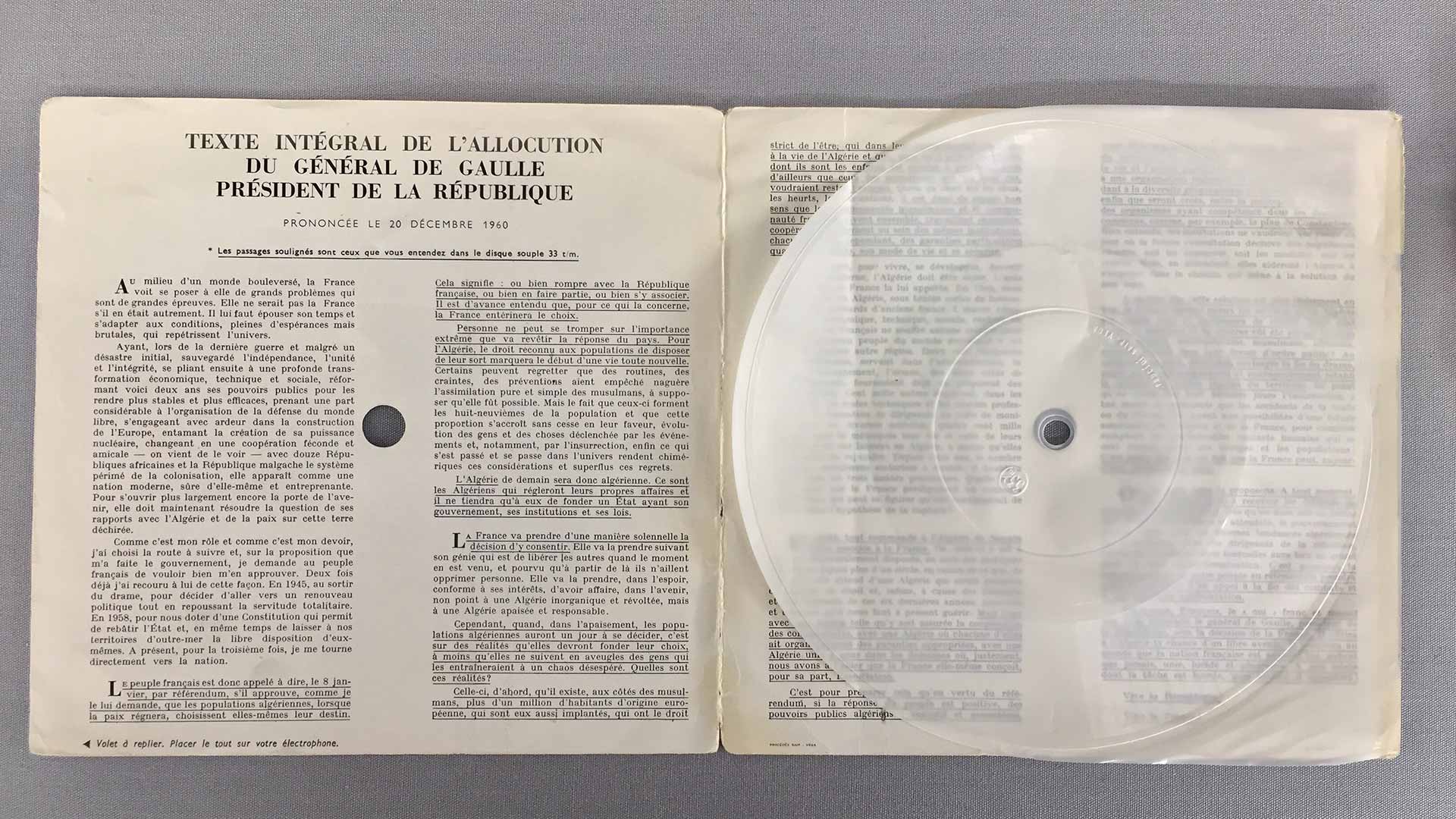 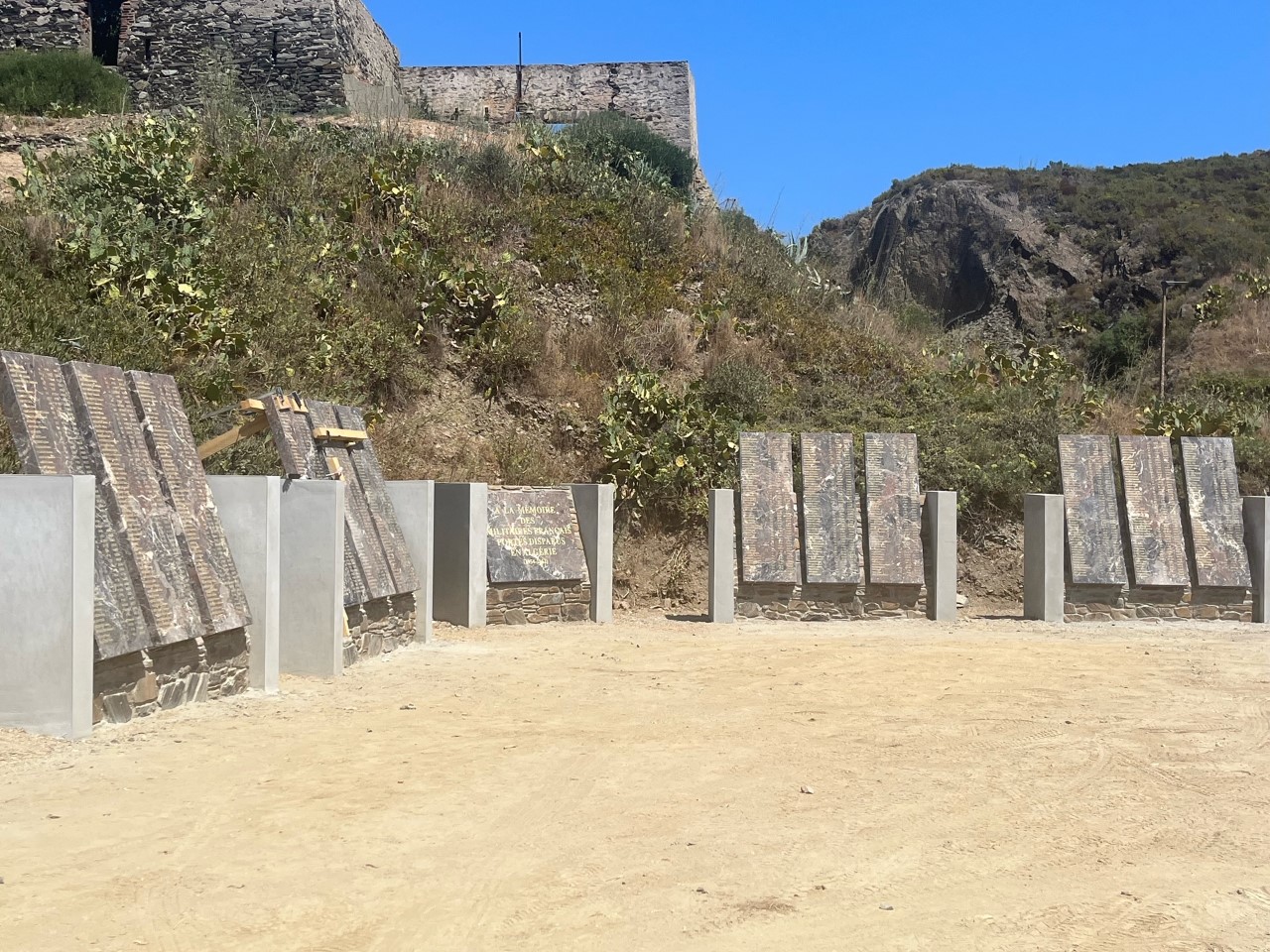