What’s so controversial about “19 mars”? 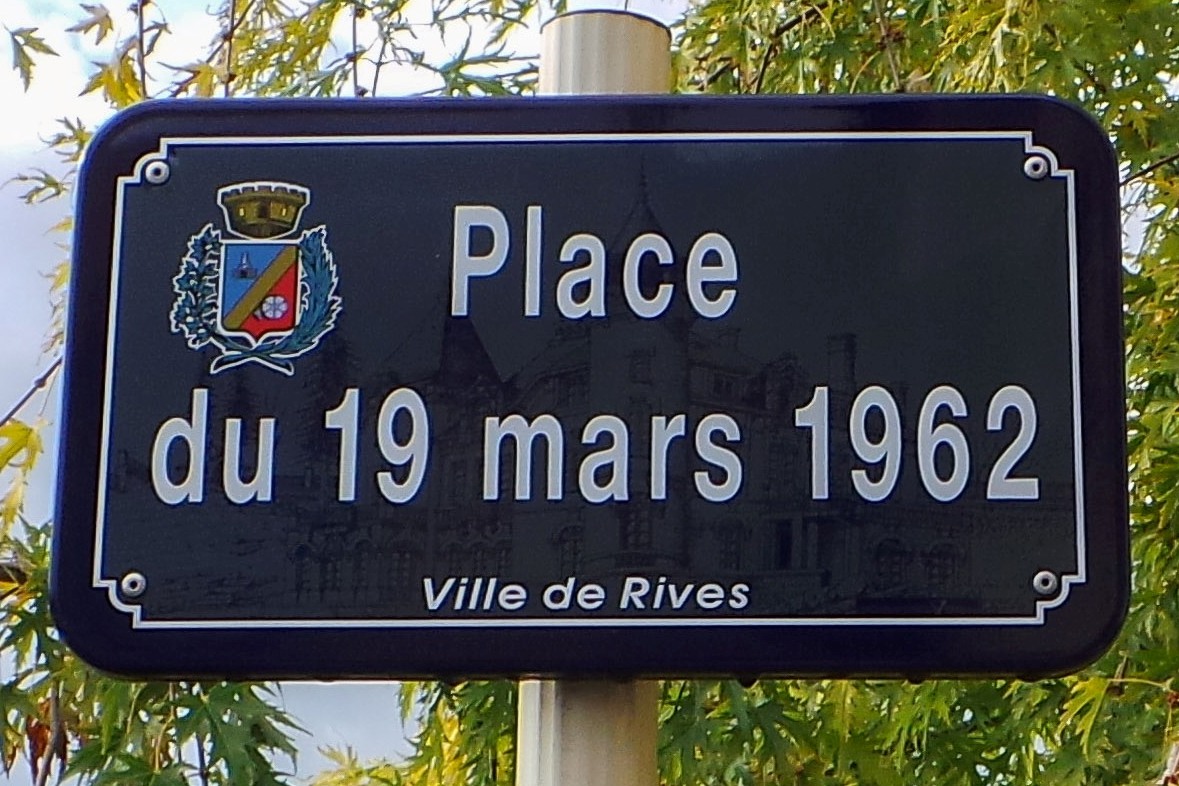 What's so controversial about "19 mars"?

How do you commemorate a colony? A lost war? Who is included and excluded from this commemoration? These questions are at the heart of debates surrounding the 19 March as the French national day of commemoration for the Algerian War. In this blog post, we'll give a brief overview of the reasons why "19 mars" is deemed to be so controversial for some pieds-noirs and harkis memory activists in France.

Contention surrounding how to commemorate the end of the Algerian War of Independence in France reveals the narrative differences that split practices of national remembrance in France. The memory activism of pied-noir and harkis groups has fiercely rejected the 19 March as a commemorative date on the basis that it erases the many dead following outbreaks of violence in Algeria after the Evian Accords. Officially, the 19 March 1962 ceasefire ended the hostilities of the Algerian War of Independence while violence escalated in other contexts, especially against the harkis soldiers left behind by the French state.

As Claire Eldridge puts it, a rejection of 19 March has been a ‘central plank of pied-noir activism for the past fifty years’ (2016: 114). The rejection of the 19 March by these groups is also strengthened by the fact that there is no national day for the pieds-noirs or a national monument to this specific community. Instead, the memory of the pied-noir community is generally integrated into commemorations for the Algerian War or in efforts to re-patriate war monuments that were moved to metropolitan France. As a result, pieds-noirs communities have largely been left to foster their own memory practices at local levels, often with little push back from the state.

In 2003, President Jacques Chirac sought to avoid a commemorative minefield by electing a national date of commemoration that had no particular historical significance other than the inauguration of the Mémorial national aux Morts pour la France pendant la guerre d'Algérie et les combats du Maroc et de la Tunisie on 5 Decemeber 2002. However, Rémi Dalisson notes that, despite this official manoeuvre, general support for the 19 mars as the official date of commemoration only increased. In an IFOP poll ordered by the FNACA, public opinion peaked in 2007 when 86% claimed to be in favour of 19 March as the national day to commemorate the Algerian War. As a result, in the early 21st century, France faced the dilemma of having 2 or 3 national days of remembrance for the Algerian War: 19 March (Ceasefire), 5 December (National Day of Remembrance), and 25 September (Harki Day of Remembrance). For Dalisson, this risked relighting the 'war of memories' in which each group is able to choose its camp and associated dates, reinforcing their own interests to the detriment of others and thus 'prevent any historical work' (Dalisson 2018 : 219).

Claire Eldridge also notes the strength of pied-noir opposition to the 19 March, crystallizing around the annual commemorative events in the forms of protests: "In 1982, during the course of a live televised debate held outdoors in Montpellier to mark the twentieth anniversary of the cessation of hostilities, a large crowd gathered holding aloft banners reading ’19 March shame for France’; their protests becoming so vocal that the host threatened to terminate the broadcast. François Delma, Montpellier’s mayor from 1959 until 1977, had been a staunch opponent of naming streets after this date. Continuing this stance, his successor, the socialist Georges Frêche, can be seen during the broadcast standing amidst the protesting pieds-noirs." (Eldridge 2016: 114)

One sign of the official preference for the 19 March as the day of remembrance is in the number of public spaces in France that have been renamed with '19 mars'. However, this has not been without push back from pieds-noirs and harkis memory activists. On the 50th anniversary of the ceasefire, the Cercle algérianiste organised a protest in Toulouse against the adoption of “Pont du 19 mars” for “Pont Bayard”. That year similar protests took place in Nimes, Villeneuve-les-Avignon, and Aix-en-Provence. Boycotts of official '19 mars' ceremonies are a widely adopted form of protest which, especially in the South-East, tends to be supported by local mayors where there is a higher concentration of pieds-noirs and harkis associations and affiliated political groups. Other commemorations have been interrupted attendees turning their backs or by playing music.

Dalisson calls this the 'anthem war' [‘guerre des hymnes’] which highlights the many performative issues that go into a 'commemorative mise-en-scène' as well as all the dissent surrounding the '19 mars' (2018 : 239). For example, some will play ‘Chants des Africains’ as a subversive act of commemoration, whereas Serge Lama's 1975 song 'L’Algérie' is the unofficial anthem of the FNACA (a veteran organisation), addressing the experiences of young, French appelés in Algeria, their fear, and the absurdity of the war.

Controversy over '19 mars' in France points to the ongoing struggle to establish a dominant and stable collective memory of the events of 1962 and the ongoing memory activism of pieds-noirs and harkis groups.